Sub-claim: A
The students solve problems involving the Major Content with connections to the Standards for Mathematical Practice
Type of items: Type 1
Color Code: Peach
Evidence Statement Key: 7.NS.1b-2
Calculator: No
Point: 1 each (1:29)
Evidence Statement Text:
Apply and extend previous understandings of addition and subtraction to add and subtract rational numbers; represent addition and subtraction on a horizontal or vertical number line diagram. b. Interpret sums of rational numbers by describing real-world contexts.
Clarifications, limits, emphases, and other information intended to ensure appropriate variety in tasks:
1. Tasks require students to produce or recognize real-world contexts that correspond to given sums of rational numbers.
2. Tasks are not limited to integers.
3. Tasks do not require students to show in general that a number and its opposite have a sum of 0; for this aspect of 7.NS.1b-1, see 7.C.1.a and 7.C.2
Sample Questions (taken from PARCC’s Practice Tests and Released Items):
EOY Released Test Item 1 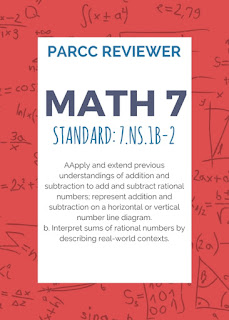 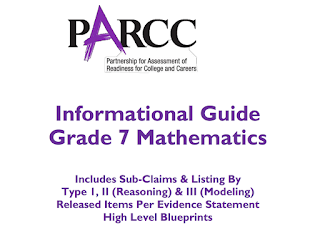 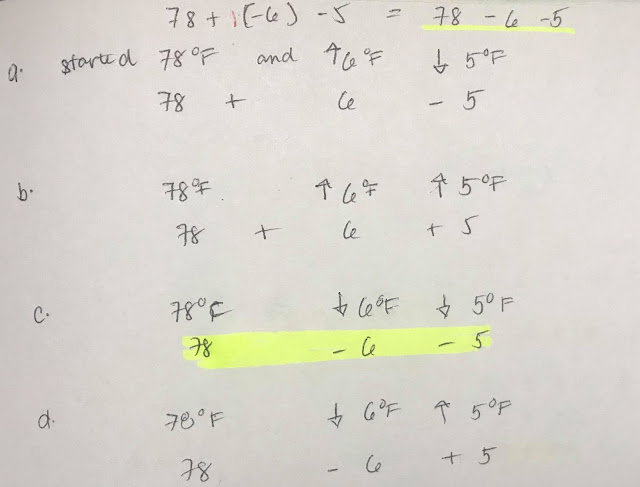